Schools and the younger generations are Colibri’s number one partners.

During the last season, the project entitled “Orchestra rehearsal” involved a total of 568 elementary and middle school students who attended the Colibrì rehearsals. 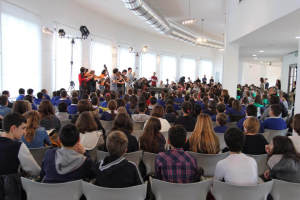 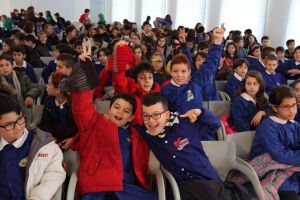 Each year we have a different educational project.

In school year 2013-2014 the educational project “Colours of Music” was staged. This was developed thanks to the precious support of valuable teachers who put their expertise at the disposal of the Libera delle Arti Association.

In 2011, the “A fabulous music” project was implemented at the Circus Theatre. It involved more than 1,200 primary and secondary school children and proved a big success.